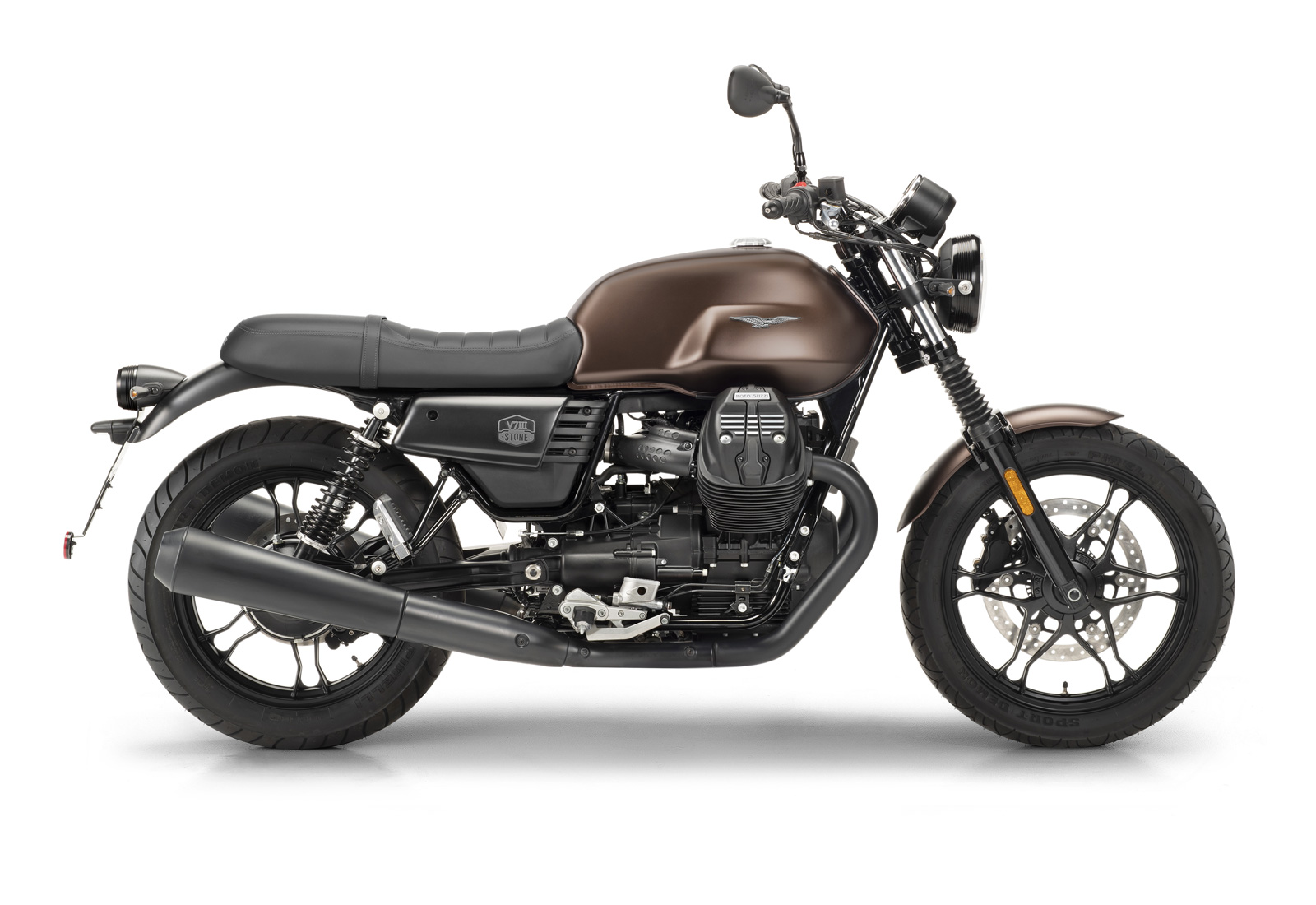 The eclectic V7 III Stone now comes in the Night Pack variant, adding even more punch to an already unique bike, in the form of original styling details and full LED lighting for a more powerful headlight, indicators and taillight.

It’s the details which make the difference

It’s not just the LED lighting which sets the V7 III Stone Night Pack apart. There’s also the new short, sleek rear mudguard with integrated brake light and licence plate holder. The seat is heat welded and boasts an embroidered Moto Guzzi logo, whilst the lowered positioning of the headlight and instrument cluster add another stand out touch of individuality.

As with the entire V7 III range, the brand-new V7 III Stone Night Pack is equipped with the legendary and tough-looking 90-degree transverse V-twin engine. Agile and versatile, it makes for super-smooth gear changes smooth with just the lightest of touches to the lever. In short: maximum performance, maximum comfort.

As unique as you

Stamp your personality on the V7 III Stone Night Pack by choosing from the huge range of accessories and special parts which have been designed with complete customisation in mind.