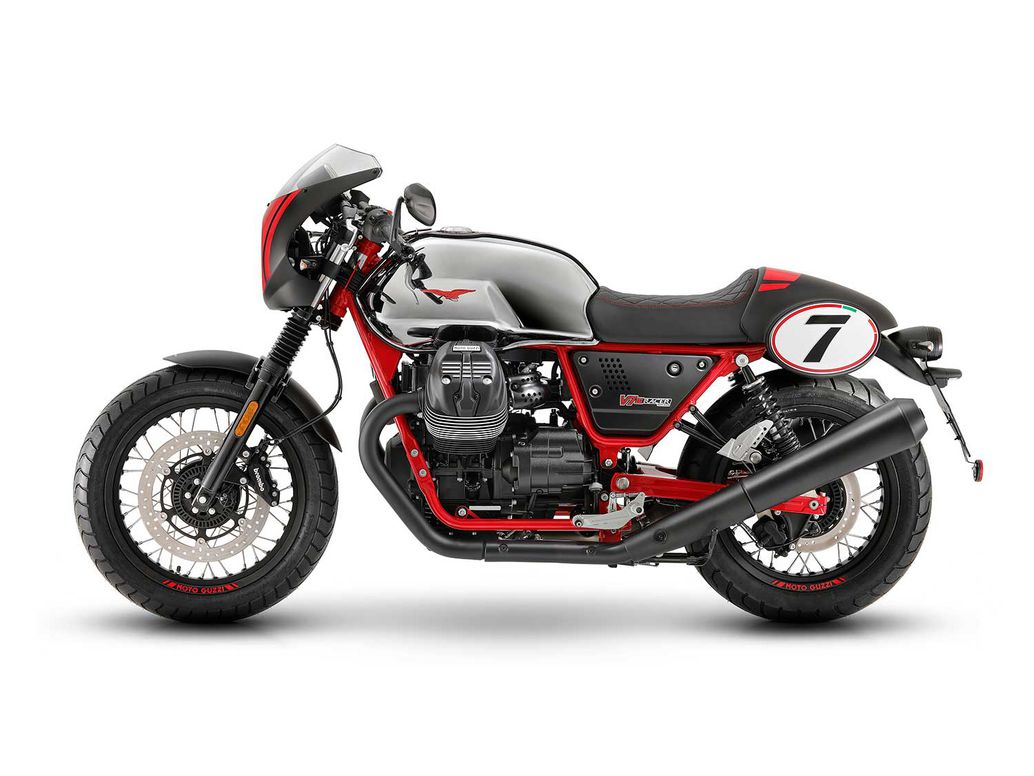 The iconic Italian motorcycle brand Moto Guzzi has introduced yet another iteration of its naked roadster, the V7. This V7 III Racer 10th Anniversary edition has received the cafe treatment: a small front fairing with a windscreen and a flat-track race-inspired number plate emblazoned with a “7” set this V7 apart from the eight other available editions. It has a whole host of other fancied-up parts, though, that you might not notice on first glance.

In a step away from its closest sibling, the V7 III Racer LE, the Anniversary edition sports a very sharp dark chromed gas tank. The rest of it, instead of also getting the chrome treatment, is mostly blacked-out, except for its red accents. Half its swingarm is also done up in red, and that color is highlighted through a stripe on the cafe fairing and accents on the passenger seat cowl.

Each bike will be numbered and you’ll find subtle “10th Anniversary” banner details throughout the bike. Additionally, the manufacturer fully upgraded the bike’s lighting to LED: its headlight, taillight and all signals have received the modernized treatment. Foregoing bar-mounted stalk mirrors, these versions sport bar-end mirrors to enhance the cafe look, and instead of painted parts, you’ll find black anodized billet aluminum parts all over this bike, from the top triple to the fancy footpegs.